I went to the state of Sao Paulo for a week as I was invited to attend a taxonomy course on a work trip. The University of Sao Paulo in Piracicaba (1-1.5 hours south of Sao Paulo) hosts one the world’s most extensive predatory mite collections in the world, and the Entomology department there is known for their biological control research and regular description of new species. Before, I put you to sleep with my zoological work stories,  I have family in Sao Paulo, and I did manage to squeeze in two to three days on my work trip to visit family and take in a few sites! My cousins did a great job in hosting me and were even kind enough to drive me down to Piracicaba. I observed that driving in Sao Paulo is not for the faint of heart, you may want to observe how the ‘Paulista’s’ do it first, before taking on the task. Sao Paulo is infamous for its traffic.

Two to three days is clearly not enough time to truly visit a place, but I wanted to do a short post and share some fun photos and experiences I had with you.

One of my first nights in Sao Paulo, my cousins took me to a cool rooftop bar and restaurant, Skye, which sits a top an architectural and structural masterpiece, Hotel Unique in the Jardins (portuguese for gardens) neighborhood. It is situated not far from Parque Ibirapuera, a major urban park in Sao Paulo, and has breathtaking 360° views of the city. They also happen to have excellent caipirinhas and food. And if you do not know what a caipirinha is, you are in for a treat! A caipirinha (kai-pee-reen-yah) is a drink made from Brazilian sugar cane rum, Cachaca (ka-sha-sah), the juice and rind of half of a lime, and raw cane sugar. It is strong and very tasty! We went that night to Skye and the view was truly breathtaking, the lights were dim, and the cool evening air was refreshing. They don’t let you straight to the top right away, there is a host/ess waiting by the elevator on the ground floor due to capacity restrictions, but the wait was not long!

A snapshot looking up at the amazing architecture of Hotel Unique. We had a small wait prior to going to the rooftop bar and restaurant Skye, in the Jardins neighbourhood of Sao Paulo. 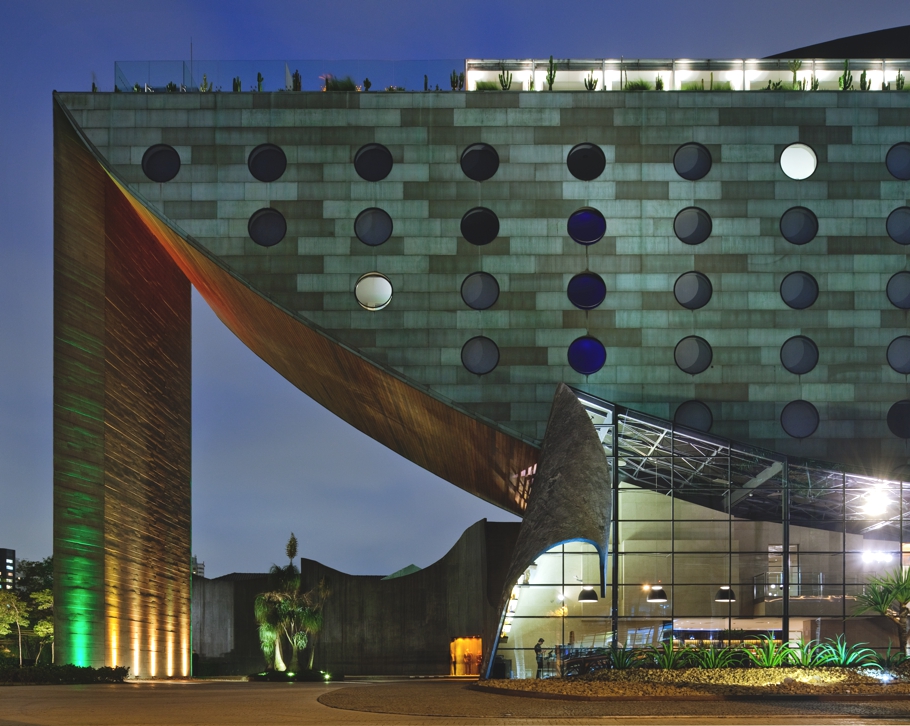 The next evening my cousins took me to the Vila Madalena neighbourhood to do some shopping, visit the incredible ‘Batman’s Alley’ with the most impressive array of street art alley I have ever witnessed, and to hit up the open air street cafe bars Paulista-style. I like saying that word, Pau-li-sta. For those of you who may not know, there is a bit of a rivalry between the Paulista’s (Sao Paulo) and the Carioca’s (Rio de Janeiro). To offer some cultural contrast, think of Sao Paulo as New York and Rio de Janeiro as Miami/Malibu. Very different attitudes and opinions.

Vila Madalena is a hip, young neighborhood with incredible street art on the facades of buildings on just about every street block. This is also a good place to go shopping as there are many trendy independent boutiques and shops in the area.

The Vila Madalena District- I came across a deserted car serving as a planter box.

One of the highlights was Beco de Batman (translation: Batman Alley), which consists of about three alleys that are joined. It was first coined the name Batman’s alley after graffiti in honor of Batman from DC Comics. The art is in constant flux in true street art fashion. One person’s canvas becomes quickly overtaken by another! This leads to an amazing overload of the sensations with colourful, bright and bold pieces of mural like graffiti and street art up and down the walls of this alley way.

Towards the end of my journey, we visited the beautiful Parque Trianon on Paulista Avenue. It is 45,000 square meters of endemic “Mata Atlantica” forest standing in the middle of the city of Sao Paulo, with trees that are 300 years old!  The forest was an incredible lush green, and the way light filtered through the tall stands of trees created this sense of awe, as if you were suddenly stepping far back in time. As I walked through the park, I imagined that this is probably what Sao Paulo looked like 500 years ago, and my mind wandered to the encounters of the early explorers discovering Brazil for the first time.  Across the street from the park is the Museu de Arte Sao Paulo, the Sao Paulo Art Museum. We headed straight to the basement to have some fine coffee and desert. There was a piece of black chocolate cake that really made the trip worthwhile. 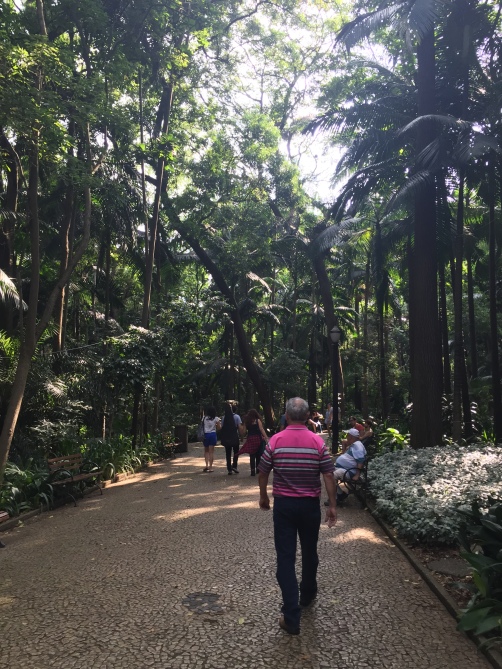 Trianon Park on Paulista Avenue- A remaining stand of endemic “Mata Atlantica” forest with trees up to 300 years old standing in the middle of the city.

Parque Trianon- This image is compressed, but you can still see some of the delicate filtering of light through the trees that made the walk through this park feel magical.

The very last day we took a drive to the island of Guarujá. Perhaps not as nice as Rio beaches, and a little overcast at times like the bay area in California, but it is a place where Paulista’s can escape to slow down and get some beach time. On the way back to Sao Paulo on the way to the airport leaving Guarujá, rain poured down in thick sheets, and we hit walls of water on the highway, sending water up on all sides of the car, which left me feeling giddy and adventurous, not to mention appreciative of how abundant water truly is in a tropical climate.

And just before I wrap up this post, I’ll send you off with a couple more final images of Sao Paulo below. 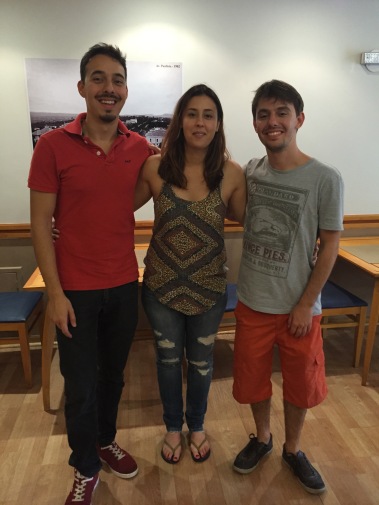 Tchau Tchau! A warm farewell from me and my cousins, who made this spontaneous trip to Sao Paulo possible.